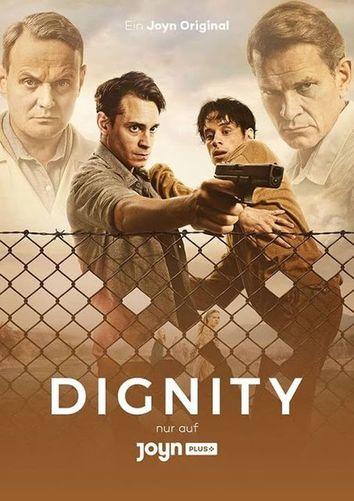 The Chilean/German co-production tells the fictional story of lawyer Leo Ramirez, who is assigned to investigate the mysterious Colonia Dignidad. Although the main plot of the series is completely fictional, the setting is based on real events. Colonia Dignidad was a German religious community that was established in Chile in 1961. In Parral, an isolated region some 400 kilometers from Santiago, the settlers built a self-sufficient colony, hermetically sealed off from the outside world. The literature on the settlement describes it as a state within the state, in which its head, Paul Schäfer, imposed his own rules. He established a system of gender segregation amongst the settlers, as well as dissolving family structures that had existed up to that time. Residents were forced to perform forced labor, and numerous children were sexually abused by Schäfer.

Dignity is the first series adaptation of the story of Colonia Dignidad.  The cinematographic impetus for the production was the film Colonia by director Florian Gallenberger (2015). Gallenberger managed to secure international stars for his project, for example Emma Watson and Daniel Brühl. As a result, the film once again drew attention to the Colonia Dignidad case and caused a shift in German foreign policy. Former Foreign Minister Frank-Walter Steinmeier shortened the period of protection of the files in the Political Archive of his ministry by ten years, thus making the files accessible to academics and the media. A relief fund for the victims of Colonia Dignidad was also created. In this context, the project Colonia Dignidad Oral History (CDOH), a Chilean-German oral history archive, directed by Prof. Dr. Stefan Rinke and Dr. Philipp Kandler, was initiated. The project is an important cooperation partner of GUMELAB.

This series is a GUMELAB case study due to the explosive nature of the Colonia Dignidad case. The creators of the series were inspired by the film Colonia and wanted to transform the subject into a TV series format. Unlike the film, the series focuses on historical prosecution and child abuse. In addition, Dignity was filmed in today's Villa Bavaria, formerly Colonia Dignity, to create proximity to the historical subject matter. The integration of a historical location in the adaptation of the series is particularly interesting, as former members and victims of Colonia Dignity still live in Villa Baviera.

Protection of Your Personal Data
Data are transferred to these services when you click on the link: No external domains