São Paulo, November 1989. The Cold War is coming to an end with the fall of the Berlin Wall. Brazil saw the end of 21 years of military dictatorship four years earlier, but the economic problems, such as very high inflation and rising unemployment, still remained. Amidst this instability comes the loss of the capitalism/communism dichotomy under which the 12 main characters have been socialized.

Léo, Lena, Pedro, Ivan, Lúcia, Pingo, Tito, Vânia, Raquel, Bia, Rui and Benny formed a close circle of friends in the 1970s, which they called "Família", yet they saw each other for the last time at the 1981/82 New Year's celebration. Love affairs, work, politics but also developed resentments between a few characters led the friends to go their separate ways for almost 8 years. It is Léo who suffers from a degenerative disease and who therefore decides to bring the "Família" back together. The first meeting at Léo's house, which is not without turbulence, leads the secretly dying friend to covertly help the Família members fulfil forgotten youthful dreams and ideologies.

A major role in the biography of the characters plays the military dictatorship, which was subjected to a particular harshness in the 1970s under General Emílio Garrastazu Médici. Tito, still a convinced Marxist, as well as Ivan and Bia were persecuted and tortured in this context. It is thanks to Benny's father that they are released from prison and able to go into exile. They remained abroad, like many real-life Brazilians, until 1979, until the amnesty law was passed by the last president of the military dictatorship, João Batista de Oliveira Figueiredo. Famously saying "Lugar de brasileiro é no Brasil"[1] (The place for a Brazilian is in Brazil), the president realized the demands of various civil movements, such as "Movimento Feminino pela Anistia"[3] (Women's Movement for Amnesty) on 28 August 1979. The first exiles returned on 31 August 1979 and many more followed on their return in the following months, which was closely followed by Globo. [4]

Maria Adelaide Amaral, scriptwriter of the telenovela and author of the book on which the miniseries is based, skillfully mixes fiction and real fates drawing on her own experience. The series focuses on the 12 friends and their lives in a democratizing Brazil. General experiences, such as the upcoming presidential election - the first direct election since the dictatorship - and the rising inflation, and special events of the characters are set to scene through parallel stories. The author does not shy away from sensitive topics, such as torture and rape, which are addressed primarily through Bia’s arc. Homophobia, as well as allusions to the AIDS epidemic and intolerance towards trans persons also occur, so beware of sensitive content. 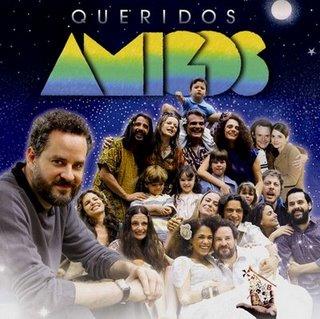